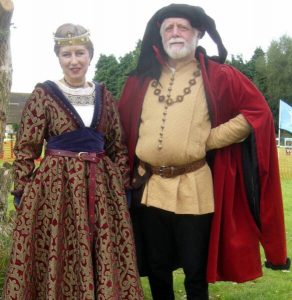 On the 6th September 2008, with a grant of £6485 from the Awards for All Lottery Fund, the Hilmarton Parish Heritage Society was able to revive the tradition of the Medieval Fayre, the first one of which was granted by royal charter to the parish of Hilmarton, Wiltshire by Edward the First during his reign in 1272 –1307.
In 1640 the Fayre came to an end during the rule of Oliver Cromwell and has not been held again until last year, 2008.
The Hilmarton Parish Heritage Society has been pro-active in assisting a resurgence of interest in the long history of the Parish, which can trace its written history back to the Doomsday Book. Archaeological digs, genealogical trees and several exhibitions have achieved this. Our chairman has written a book on the Salisbury Soldiers and we are continuing to gather information on the lives of those who appear on the war memorial in our church.

The medieval Fayre held in the centre of Hilmarton village was a tremendous success, with around a 1000 local people and their relatives attending. Despite a dreadful weather forecast for the day it was not until the very last hour that the rain arrived, but even this did not dampen the spirits of the large crowd as they cheered on the ‘Earl of Hilmarton’ in the jousting arena, where the Knights of Middle England captured the medieval spirit and the hearts of the local maidens! 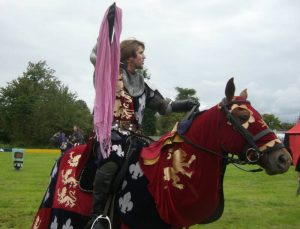 Wonderful displays of medieval combat and dancing were provided by first class historical societies in glorious costumes of the period. We were excited to have the BBC Blue Peter camera team on site filming the Combat Society for a programme later in the year.
Some members of the public tried their hand at archery and helped in the arena to ‘fly’ the magnificent birds of prey from Hawksdrift Falconry assisted by ‘Elvis’ the ferret! 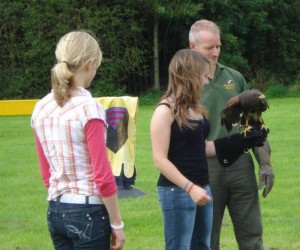 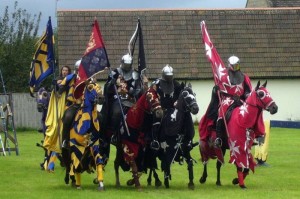 There was not so much as a ‘Game Boy’ to be seen as children of all ages sat enthralled by mysterious tales from the storyteller and dragon stories and plays from the puppeteer. 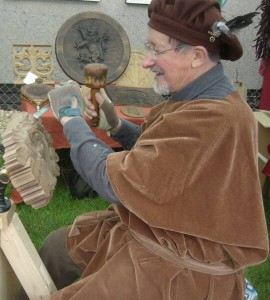 There was an opportunity to see demonstrations of woodcarving, which caused a lot of interest from the teenagers, and model making, together with an exhibition of the fascinating history of Calne, seat of the Witan in medieval times, by the Calne Heritage Centre.
It was an excellent day, bringing together people of all ages from across the parish. We were particularly pleased that those who would not normally be able to see such an event due to disability, age or cost were there to enjoy the day. 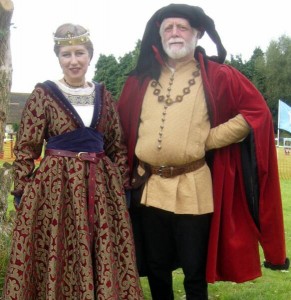 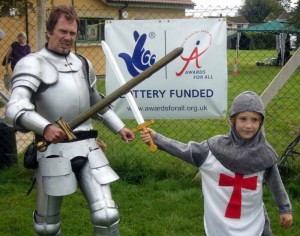 One lady summed up the day by saying; “It was the best and most exciting thing that had happened in the Parish in her 53 years of living here”.
The Hilmarton Parish Heritage Society would like to say enormous “Thank You” to the Awards for All Team for enabling us to provide such a wonderful event for ALL.
It will be remembered in the Parish for a long time to come. 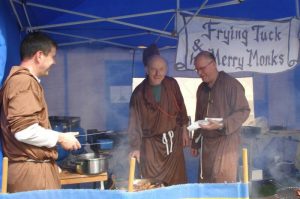 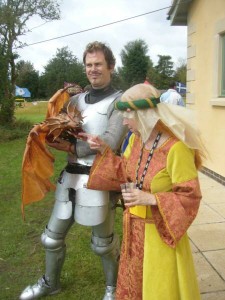 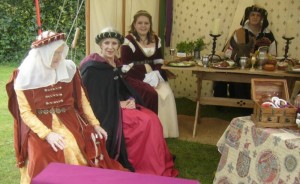