The Restoration of the Bells at St Laurence Church 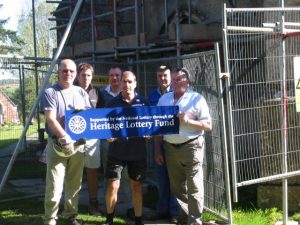 This was a dream that turned into reality through hard work and dedication. Ken & Pauline have been ringing in Hilmarton Tower since 1986 when they moved to Hilmarton. It wasn’t until the Spring of 1999 when a new band was formed, for the purpose of ringing for the Millennium. Since that time the band has been ringing regularly for all the Church services excluding the 8.00am ones.Not only has Ken dedicated his time to this project, over the years he has given many hours of his time to training new recruits.
Ken first shared his vision for restoring the Bells in the Parish Newsletter in March 2001. He asked for support from parishioners as it was estimated that the total project would cost £45,000.
(If only he knew!)
In September 2001 – The appeal for Stage 1 – Raising the floor level for the ringers was launched; this included moving some of the wall mounted monuments to different locations. Funding was secured and work commenced. This stage of the project was completed in May 2003. 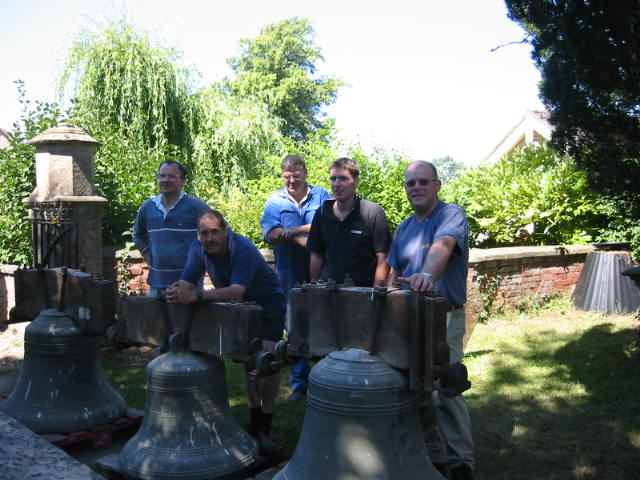 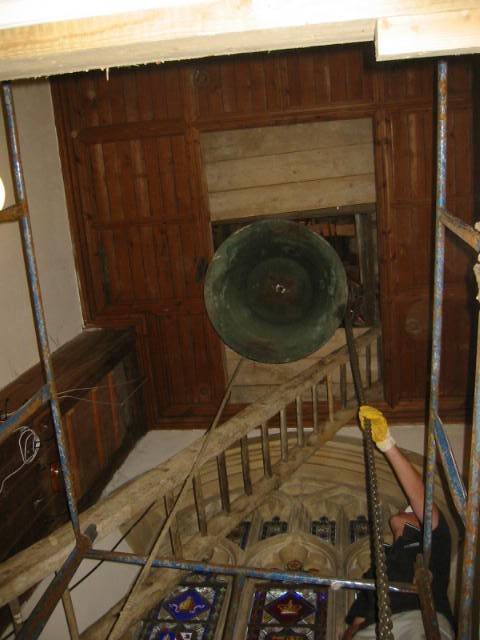 One of the first bells to come down 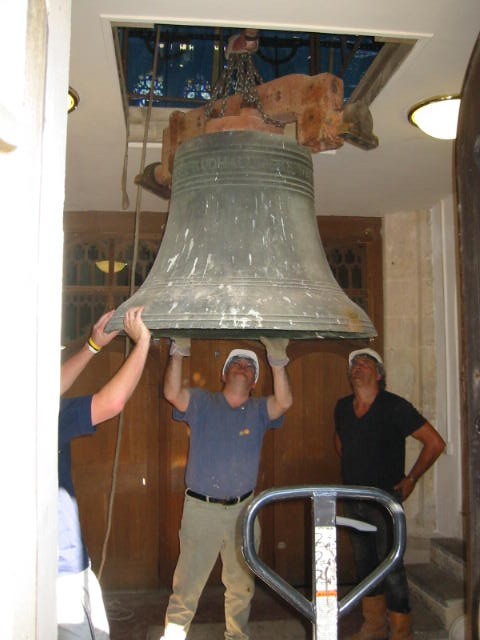 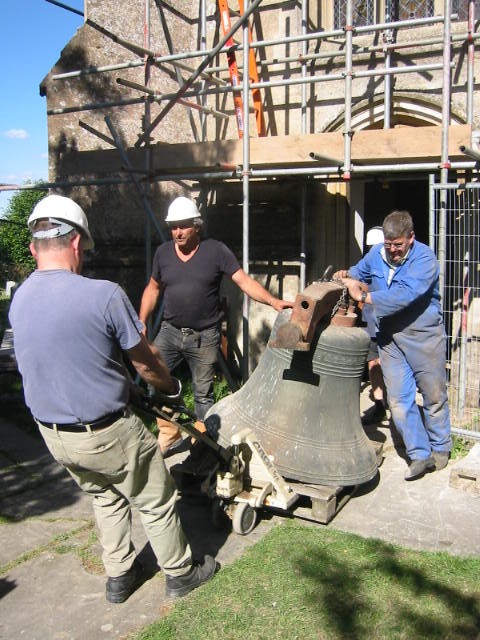 With some careful maneuvering it finally comes through the door

In February 2003 – The appeal for Stage 2 – Removal, and retuning of the bells, replacement of the bell frame so that the bells could all be hung at the same level, replacement of the 2nd bell, restoration of the Church Tower pinnacles and replacement of the fantails, repairs to the stone stair case in the tower and removal and restoration of the Parish Clock was launched.
Through the dedication of many hours of filling in grant applications, writing reports to update parishioners and the PCC, organising volunteer helpers, and juggling work priorities on the tower (Not forgetting his real JOB of course) Ken’s vision finally came together.
The newly tuned bells were rung for the first time after reinstallation on 28th February 2006. After raising the enormous sum of £120,000
Behind the scenes Pauline and Sally & Mary offered their support in the endless cups of tea and cakes, trips to the bank, telephone calls from contractors and the upheaval generally in the Webb Household (mountains of paperwork, a garage full of bits and pieces from the tower and the wonder sometimes would they ever get their husband and dad back to do normal family things)
Ken’s Passion for Bells is incredible – but for that we should be thankful, especially on a sunny afternoon when we are in our gardens and we can hear the sweet sound of them ringing. 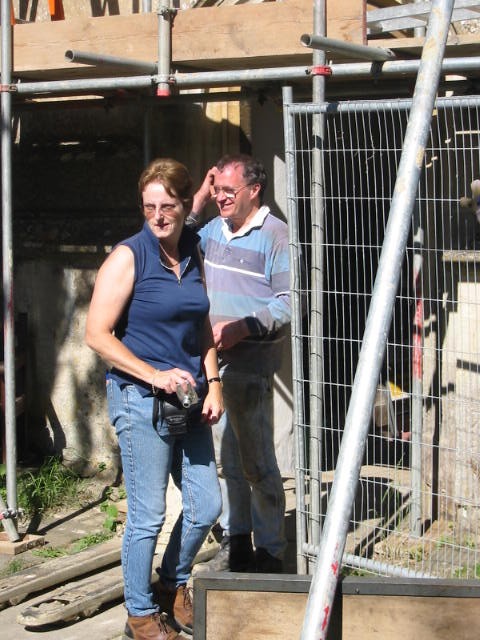 The bells are all safely out of the tower. 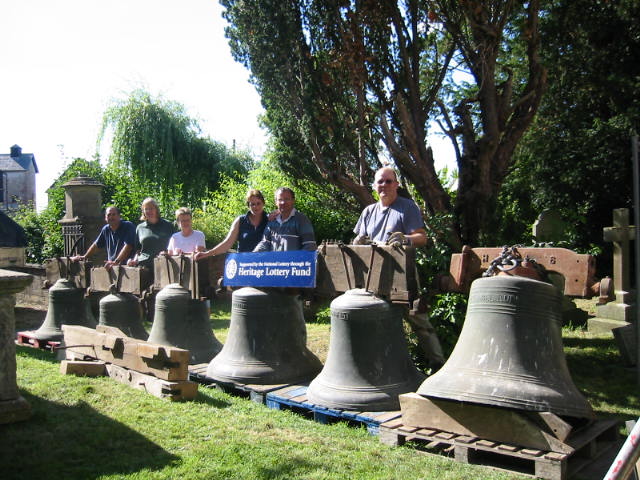 The Ringers and the Bells 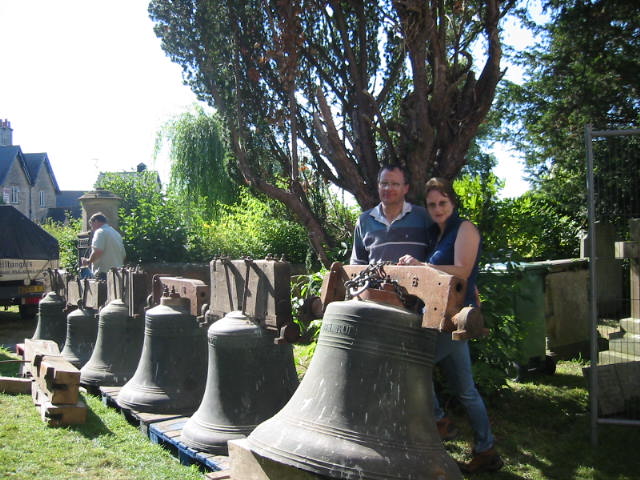 Ken & Pauline with their babies 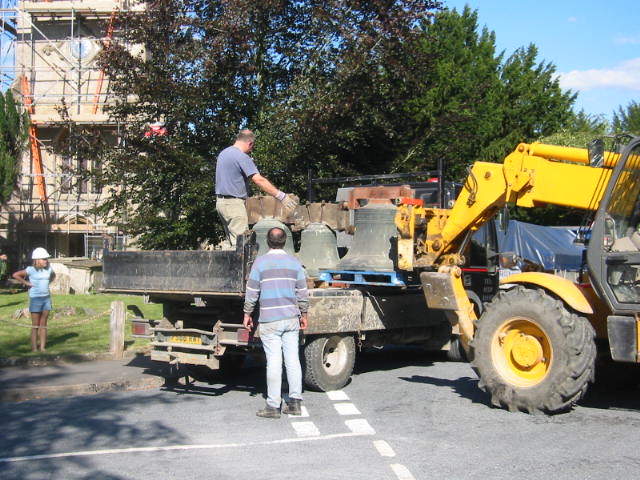 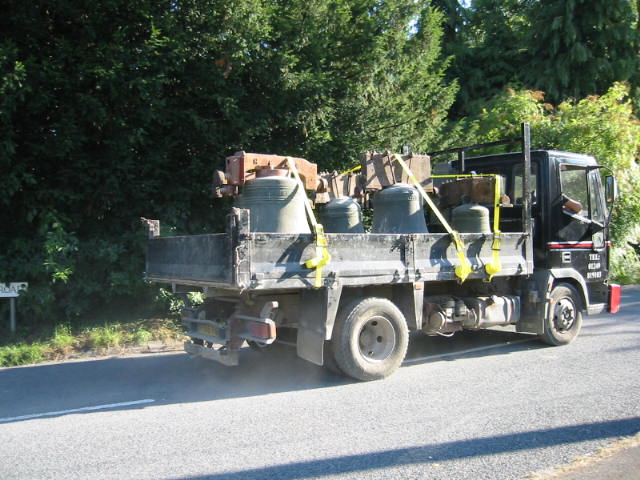 Many others were instrumental in the project being successful, too many to mention by name, but you know who you are. Those that helped with fundraising, gave financial donations, took time of work to help with some of the manual work required to save on the overall cost of the project and everyone else that did anything however small that contributed in any way.
The newly tuned bells were rung for the first time after reinstallation on 28th February 2006. After raising the enormous sum of £120,000 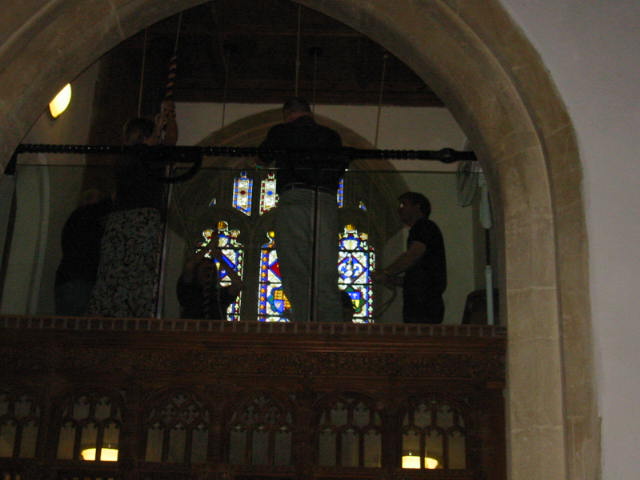